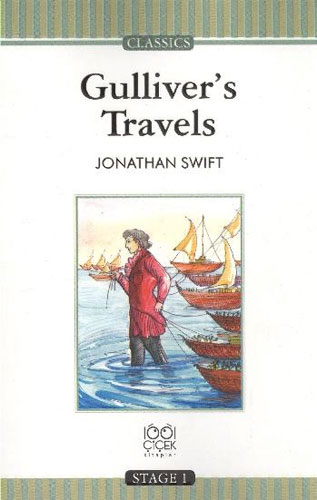 Svvift's masterpiece Gulliver's Travels was originally published under the title Travels into Several Remote Nations of the World. This work is the most brilliant as well as the most bitter and controversial of his satires. İn each of its parts the hero Gulliver embarks on a voyage but shipvvreck or some other hazard usually casts him up on a strange land. Part I takes him to Lilliput vvhere he wakes to fınd himself the giant prisoner of the six inch high Lilliputians.

Part II takes Gulliver to Brobdingnag vvhere the inhabitants are giants. But how he escapes from both adventures?