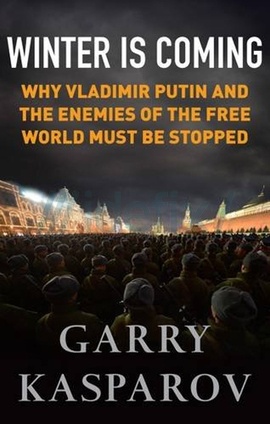 Garry Kasparov
0,0 / 5 0 kişi · 0 yorum · 261 okunma · 0 tavsiye
Okuyacaklarıma Ekle
İnceleme Ekle Alıntı Ekle
Kitap Künye
Yayınevi:
Atlantic Books
ISBN:
9781782397878
Sayfa:
0 s.
Yıl:
2015
In this bold and important book, Garry Kasparov argues that Vladimir Putin's dangerous global ambitions have been ignored for too long - and he won't be stopped unless the West stands up to him. Garry Kasparov has been a vocal critic of Putin for over a decade, even leading the pro-democracy opposition in the 2008 Presidential election. Yet years of seeing his Cassandra-like prophecies about Putin's intentions fulfilled have left Kasparov with the realization of a darker truth: Putin's Russia, like ISIS or Al Qaeda, defines itself in opposition to the free countries of the world. Kasparov now urges a forceful stand - diplomatic and economic -against him. For as long as the world's powerful democracies continue to recognize and negotiate with Putin, he can maintain credibility in his home country. Argued with the force of Kasparov's world-class intelligence, conviction and hopes for his home country, Winter is Coming is an unmistakable call to action.