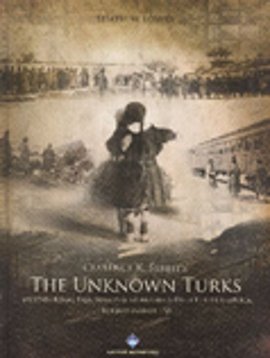 Heath W. Lowry
0,0 / 5 0 kişi · 0 yorum · 247 okunma · 0 tavsiye
Okuyacaklarıma Ekle
İnceleme Ekle Alıntı Ekle
Kitap Künye
Yayınevi:
Bahçeşehir Üniversitesi Yayınları
ISBN:
786055461058
Sayfa:
268 s.
Yıl:
2011
In 1983, while living in Washington, D.C., I received a telephone call from a former student named Uğur Doğan, who was then serving as a young diplomat at the Turkish Embassy. He told me that he had recently met a most interesting man, who not only had traveled to Ankara and interviewed Mustafa Kemal Paşa [Atatürk] in 1921, but had also written an unpublished manuscript about the seven weeks he spent in Anatolia during the winter of that year. This was Clarence K. Streit, who was one of the very first foreign journalists to visit Ankara at the height of the Turkish War of Independence, and the first foreign correspondent to personally interview Mustafa Kemal Paşa after he was elected President of the Grand National Assembly.

Streit's connection to Turkey did not end with his 1921 visit. At the end of the following year he covered the Lausanne Treaty negotiations in Switzerland, after which he returned to İstnabul as the Public Ledger's correspondent for the Near East and the Balkans, a position he held for the next two years.
(Tanıtım Bülteninden)
The Unknown Turks Fiyatları