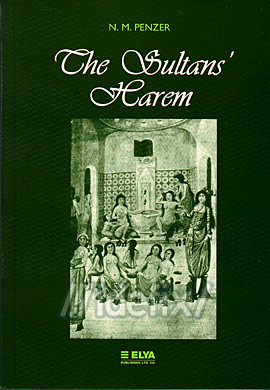 N.M. Penzer
0,0 / 5 0 kişi · 0 yorum · 337 okunma · 0 tavsiye
Okuyacaklarıma Ekle
İnceleme Ekle Alıntı Ekle
Kitap Künye
Yayınevi:
Elya Yayıncılık
ISBN:
756898011
Sayfa:
260 s.
Yıl:
1998
The Sultan Requires one of them for his pleasure or to watch them at play or hear their music, he makes his derire known to the Head Kadın, who immediately sends for the girsl who seam to her to be the most beautiful in every respect and arranges them in a line from one end of the room to the other... as he leaves the one who attracts him the most... She, having his good fortune, is coached and perfumed by the Kadın, Sleeps the night with the Sultan in the Royal chamber in the Womens' apartments... leaving in the morning, the Sultan changes his clothes, leaving the girl with those he was wearing with all the money that was in his purse and sends her more jewels, clothes and money in accordance with the satisfaction and the pleasure received... and she who becomes pregnant is at once called Cassachi Sultan - that is to say, Queen Sultana - and if she bears a son its arrival is healded with the greatest festivities.
(Arka Kapak)