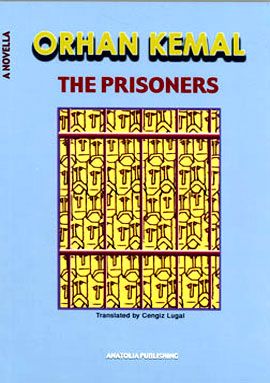 Orhan Kemal
0,0 / 5 0 kişi · 0 yorum · 425 okunma · 0 tavsiye
Okuyacaklarıma Ekle
İnceleme Ekle Alıntı Ekle
Kitap Künye
Yayınevi:
Anatolia Publishing
ISBN:
789759275808
Sayfa:
126 s.
Yıl:
1.Basım
*vbcrlf* *vbcrlf*
Dormitory 72 was the poorest dormitory in the prison and, like the poorest dormitory in any prsion, was the most squalid. The people in it had lost all semblance of humanity. The state-issued standart rations of one dark loaf each per day was all they had. This loaf would sometimes be stale and dry, sometimes be frsehly baked, yet it would inevitably taste like mud.

The dark loaves would be brought into the middle of the dormitory in a filthy sack early in a day, and that would be all they'd get to keep them alive for the next twenty-four hours. Those dark loaves didn't just provide breakfast, lunch and dinner; they also provided their baths, their razors, or cigarettes. After all, no one said they had to be eaten- they could be sold!
(Back Cover)