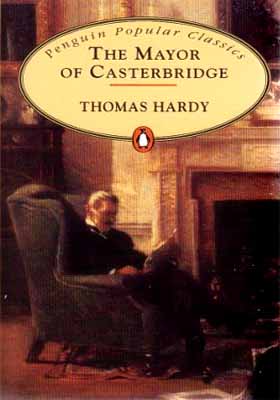 THE MAYOR OF CASTERBRIDGE

Thomas Hardy
0,0 / 5 0 kişi · 0 yorum · 189 okunma · 0 tavsiye
Okuyacaklarıma Ekle
İnceleme Ekle Alıntı Ekle
Kitap Künye
Yayınevi:
Penguin Yayınları
ISBN:
9780141197814
Sayfa:
385 s.
Yıl:
1994
Ebat:
18 X 11
Under the powerful influence of rum furmity, Michael Henchard, a hay-trusser by trade, sells his wife Susan and their child Elizabeth-Jane to Newson, a sailor, for five guineas.Years later, Susan, now a window, arrives in casterbridge with Elizabeth-Jane, to seek her legal husband. To their suprise, Henchard is now the Mayor of casterbridge and, follwing the sale of his wife, took a twenty-one-year vow not to drink, out of shame. Henchard remarries Susan and, as Elizabeth-Jane believes herslf to be buried. Fate contrives for him to be punsished for the recklessness of his younger days.

In this powerful depiction of a man who overreaches himself, Hardy once again shows his acute psychological grasp and his deep-seated knowledge of mid-nineteenth-century Dorset.
THE MAYOR OF CASTERBRIDGE Fiyatları