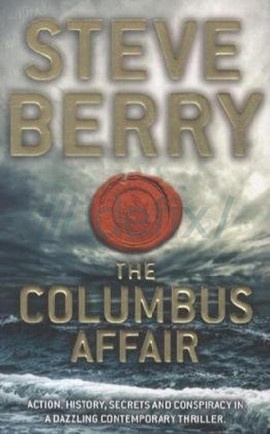 What hurts most is that he knows his Pulitzer Prize-winning career as a journalist was sabotaged. He was set up, but he can't prove it. They - whoever they are - have beaten him. So he decides to end his life. But before he can pull the trigger, an enigmatic stranger appears.

Zachariah Simon has Tom's estranged daughter at his mercy. What he wants is something only Tom can supply. It's the key to a five hundred-year-old mystery, one with explosive consequences in the modern world.

On a perilous quest that takes them from Vienna, to Prague and finally to the Blue Mountains of Jamaica, the two men square off in a dangerous game. Along the way, both of their lives will forever be altered - and everything we know about Christopher Columbus will change.