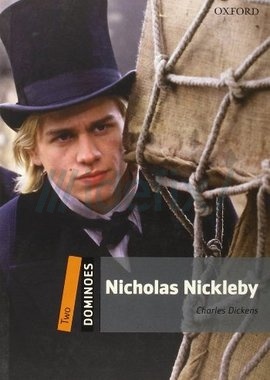 Charles Dickens
0,0 / 5 0 kişi · 0 yorum · 160 okunma · 0 tavsiye
Okuyacaklarıma Ekle
İnceleme Ekle Alıntı Ekle
Kitap Künye
Yayınevi:
OUP
ISBN:
9780194248860
Sayfa:
0 s.
Yıl:
2009
When his father dies a poor man, Nicholas Nickleby goes to London with his mother and sister, Kate. He hopes for help from his rich Uncle Ralph. But Ralph Nickleby is only interested in making money. So Nicholas takes a teaching job at Dotheboys Hall - a terrible school belonging to Mr Wackford Squeers. There he helps a poor boy called Smike who has no one to look after him. Leaving Dotheboys, Nicholas makes both friends and enemies on his journey towards better things. But will Smike, who travels with him, ever find the happy family life that he so dearly wants?