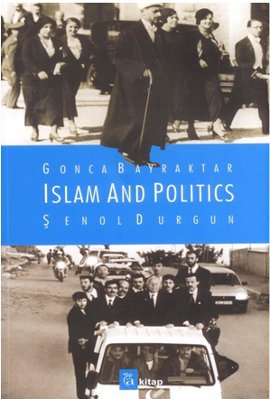 Şenol Durgun
0,0 / 5 0 kişi · 0 yorum · 210 okunma · 0 tavsiye
Okuyacaklarıma Ekle
İnceleme Ekle Alıntı Ekle
Kitap Künye
Yayınevi:
A Kitap
ISBN:
786056162442
Sayfa:
189 s.
Yıl:
2011
Modernization process in Turkey signifies a crucial alteration in terms of the attitude and mentality towards the relation between the state and religion.Whie the old style of politics emphasized the integration of the state and religion the newstyle of politics represented a breakdown between the two.The new politics constructed its vitality in policies.Subsequently the conflict arose between the old and new styles of politics.Susequently the confilct arose between the ol and new styles of politics in terms of therelation betwen the state and religion.As being one of the most controversial issue in Turkish political life this book studies the issue of such relation by paying attention to conflicts between the old and the new politics.
(Tanıtım Bülteninden)
Islam and Politics Fiyatları