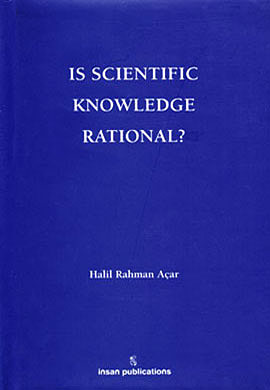 Halil Rahman Açar
0,0 / 5 0 kişi · 0 yorum · 268 okunma · 0 tavsiye
Okuyacaklarıma Ekle
İnceleme Ekle Alıntı Ekle
Kitap Künye
Yayınevi:
İnsan Publications
ISBN:
786055949068
Sayfa:
245 s.
Yıl:
2008
Is Scientific Knowledge Rational? In what sense is it rational? This study is one of the most comprehensive investigations on rationality and science in this field. It attempts to disclose the nature of rationality and several factors behind different assertions made by thinkers about the world and the scientific realm. Further, it seeks to develop a coherent account of rationality, based on the notion of 'fundamental rationality' as the common ground of all rationalities and the 'situated rationalities'.

In the concluding portion, avoinding the unsatisfactorily trated 'methodismi' the author makes some suggestions towards an 'epistemic' defence of rationality against the extreme psycologism and strong sociologism. In his view, while fundamental rationality displays the 'monistic' side, situated rationalities are inevitably pluralistic.
(Arka Kapak)
Is Scientific Knowledge Rational? Fiyatları