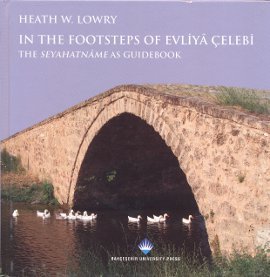 In The Footsteps Of Evliya Çelebi

Between 1983 and 1993 he established and directed the Institute Turkish Studies in Washington D.C Currently,logelher vith his position at Princeton University, he serves as an Advisor lo Enver Yücel, the Chairman of the Babçeşehir University Board of Trustees. İn January 2011 he joined the faculty of Bahçeşehir University as a Distinguished Visiting Professor.