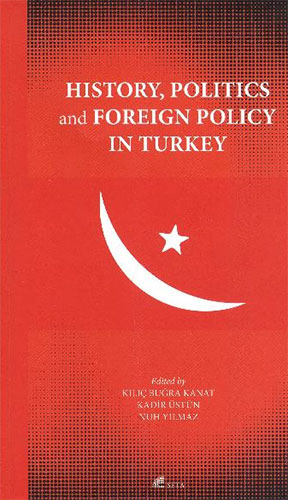 From the Introduction
The Young Scholars onTurkey YSOT program organized by the SETA Foundation at Washington D.C completed its first year with an international conference in April 15 2011. This volume dravvs on articles submitted by scholars who have presented their work to the Washington D.C. audience as part of the YSOT program.
The main idea driving the conception of the program was manifold. First it aimed to bridge the gap between the academic world and the policy vvorld in discussions on Turkey. Second the program was intended to contribute to the depth of policy discussions on Turkey specifically in the think tank vvorld by relying on already accumulated academic knovvledge. Third it strove to offer fresh perspectives on Turkey by engaging academics at the beginning of their careers.
This was definitely an ambitious project as it atterhpted to engage early career scholars in the policy conversation. This was a difficult challenge because of the rapid pace of policy discussions compared to longer term academic endeavors. The scholars we engaged often required much longer deadlines than we vvere vvilling to offer them. İt was our challenge to make often highly specialized academic knovvledge policy relevant for our audience. İt was also a highly revvarding experience as vve vvitnessed true contributions being made to the policy conversation onTurkey.