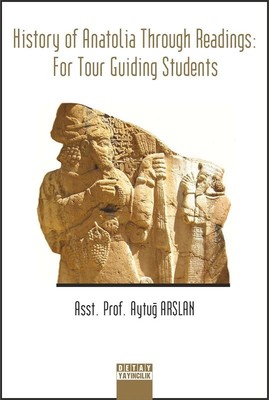 History Of Anatolia Through Readings For Tour Guiding Students

The knowledge which the students of Tourist Guiding Program have acquired on the archaeology and art history of Anatolia through the formal education process focuses basically Classical Antiquity including Hellenistic and Roman period, Eastern Roman Empire widely known as the Byzantine Empire, and Turkish and Islamic Art which centers on Anatolian Seljuks, Principalities and the Ottoman Empire.
Apart from this wide range of topics, the students also learn the prehistory of Anatolia stretching from the Paleolithic period to the Middle Bronze Age, and Iron Age states after the Late Bronze Age (the collapse of the Hittite Empire) at the lesson given under different names such as Prehistory of Anatolia, Anatolian Archaeology, and Anatolian Civilizations depending on the duration and the curriculum of the program. Besides, it is aimed with the lesson of Vocational English to give the students the knowledge that they will need in their business life and the vocabulary they will use at the tours.
Lack of any books for tour guiding through readings provided strong initial prodding to prepare this book. This book was prepared to live up to such expectation by combining the professional knowledge with the language knowledge.

History Of Anatolia Through Readings For Tour Guiding Students Fiyatları