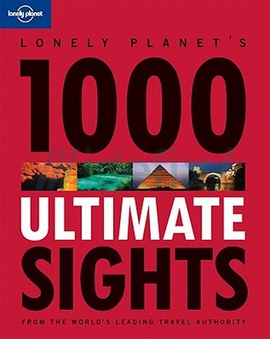 Natural phenomena, including the bubbling Pitch Lake of Trinidad
Architectural masterpieces, including the ground-breaking Sagrada FamÃ­lia in Spain
Wildlife spectacles, including the Elephant Gathering of Sri Lanka
Historic sights, such as the magnifi cent ruins at Volubilis, Morocco
Cultural icons, including the Giant Buddha of Leshan, China

'Lonely Planet guides are, quite simply, like no other.'
-New York Times-

'Lonely Planet. It's on everyone's bookshelves; it's in every traveller's hands. It's on mobile phones. It's on the Internet. It's everywhere, and it's telling entire generations of people how to travel the world.'
-Fairfax Media, Australia-
(Tanıtım Bülteninden)